Posted at 21:13h in Sample Reports by Market Analysts Group

I spoke with Terren Peizer, CEO and Founder (Also of OTRK)  directly and he said “My plan is to grow this into one of the most valuable pharmaceutical companies in the world, and you can quote me on that”… “This could be north of a 6 Billion market cap opportunity just for the US alone”

Terren Peizer is a very successful serial Entreprenuer who we know from CATS/OTRK fame which went from 15 to 83 this year and we sold for 140% gains on the final 1/2 at TPS (Sold a little early, it happens).  Terren also was Chairman of Cray Research bought for a song and sold it for 1.4 Billion years later in 2018 to Hewlett Packard.  He has been behind numerous winning investments for his shareholders, including Danaher. Terren has been involved in 160b of market value creation (Danaher, Cray, OTRK and more), and he owns 85% of the BIVI shares, leaving little float for trading at this time anyways.

A Tipping Point in the standard of care (currently Paracentesis or the removal of fluid) that could dramatically alter patient lifelines and dramatically improve the treatment for Refractory Ascites due to the cirhossis of the Liver. The compound  Terlipressin has been available for decades outside the US (it is not available in the US or Japan). It is approved in more than 40 countries for treating two deadly conditions related to ascites called bleeding esophageal varices (BEV) and hepatorenal syndrome (HRS) in hospitals. The drug has been studied extensively overseas and its efficacy and safety profiles in BEV and HRS have been elucidated by hundreds of scientific publications. Hence, the pathway to approval in Phase 2b and 3 is likely shorter than usual and with minimal risk.

Notes from my call with Terren Peizer, CEO/Founder:

Why am I excited about this Tipping Point Stock?  I think we could have as much as a 20 bagger on our hands here, and let me explain why.

Management:  Multiple successes of the CEO and Founder Terren Peizer during his Entrepreneurial career along with absolute top shelf Board members. Always bet on the top asset allocaters, they know where and how to best allocate capital for the best risk-reward returns for early shareholders.

Share Structure: Very tight share structure, low float, no institutions on board yet (When they do they drive the price through the roof), a recipe for explosion on developments, The CEO holds 85% of shares tightly.

Only 14.3 Million shares after the IPO. Terren likes to control most of the equity in his businesses, including OTRK. He is not known to dilute shares, prefers a tight share structure and only issuing shares if he sees major capital allocation opportunities.   There are only 2.3 Million shares in the float and they will slowly get soaked up, which means with news and developments and increasing investor awareness, this stock has the potential to explode higher due to lack of supply of floating shares and high demand.

Valuation:  143 million at $10 a share, the IPO price, a fraction of the potential market valuation

Based on an interview with Red Chip Editor  Dave Gentry and Terren Peizer in October, the valuation relative to market opportunity appears miniscule.

Dave pointed out that the Phase 2 trial that ended in 2019 had a 79% response rate. He also said the 2b  will be relatively quick and provide a 20 year patent protection for the pre-mixed Syringe methodology.

Terren believes the US alone opportunity is about 670 million for this Refractory Ascites Liver Cirrhosis side effect remedy. He thinks due to this dramatic potential to change the out of date standard of care, that he can capture 2/3 of this US market and with Orphan Drug Status.  He also believes his margins could run near 98% and his cash flow could head towards 400 million per year. If we take a multiple of 10x EBITDA that would put a 4 Billion valuation on a 143 million market cap further out.  That’s about a 28 bagger right there.

The problem to solve: Ascites due to Liver Cirrhosis , poor standard of care, BIVI201 solves this 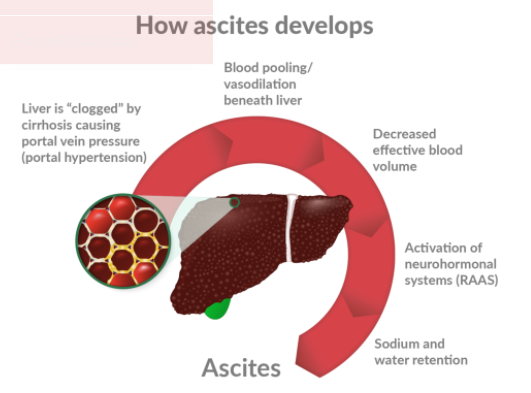 Currently the Terlipressin formula is approved and used in 40 countries for this indication.

BIVI will use the same formula which they have licensed for the US and Japan rights, and change the method of delivery so that no mixing is needed by the patient of the powder and liquid, easy consistent dosing via the continuous pump, and the syringe is pre-dosed and ready to go for the patient.  This is called the Novel BIV201 Delivery System. This means no hospital stays, less costs, and no damage to kidneys. This gives the Liver patient a longer bridge of survival while they wait for a transplant… a complete TIPPING POINT change in standard of care.

Insiders/Board Members: Insider buying after the IPO by one of the worlds top Biotech entrepreneurs and investors, Steve Gorlin.

Steve Gorlin is on the board, and he has been involved in multiple major successes in Biotech.

Mr. Gorlin has founded or co-founded or seeded many biotechnology and pharmaceutical companies over the past forty-five years, including Hycor Biomedical, Inc. (acquired by Agilent), Theragenics Corporation, Medicis Pharmaceutical Corporation (sold to Valeant for approximately $2.6 billion), EntreMed, Inc., MRI Interventions (MRIC), DARA BioSciences, Inc., MiMedx, Medivation, Inc., sold to Pfizer for $14 billion and Conkwest which became NantKwest. Mr. Gorlin served for many years on the Business Advisory Council to the Johns Hopkins School of Medicine and on The Johns Hopkins BioMedical Engineering Advisory Board. He also served on the Board of the Andrews Institute. He is currently a member of the Research Institute Advisory Committee (RIAC) of Massachusetts General Hospital. He started The Touch Foundation, a nonprofit organization for the blind and was a principal financial contributor to the founding of Camp Kudzu for diabetic children.

This is perhaps the most impressive group of Directors/Board Members I have seen in a small Biotech. See details in the Investors Presentation PDF  link at top of report.

Mr. Cuong Do is also on the Board, he was former Chief Strategy officer of Merck and Currently the Chief Strategy Officer at Samsung overseeing 100 Billion,  and allegedly he brought the idea to Terren, and then helped him acquire the rights for US and Japan.

BIV201 is being developed for treating refractory ascites patients, who no longer respond to diuretic drugs and required repeated paracentesis procedures (the physical withdrawal of large amounts of ascites fluid from the abdomen with a large-bore needle). Eventually the Company may pursue FDA approvals to market BIV201 for two related conditions due to advanced liver cirrhosis: bleeding esophageal varices (BEV) and hepatorenal syndrome (HRS)

BIV201,  The delivery system method using the Terlipressin compound  is based on an already approved drug used in 40 countries. The  US and Japan have no competitors and none pending and likely not difficult to gain approval especially with the experts on this board and the usage in other countries as standard of care.

A Phase 2b to test the syringe delivery methodology, and  then a Phase 3 are coming up in 2021. The 2b will likely show the Pre-Filled/Dosed Syringe as working correctly, and then the Phase 3 will enroll final patient cohorts to determine that it all works as they have already experienced in the phase 2 studies with a 79% response rate. Since this is an asset that is already safe and used around the world, approval should not be an issue, more of a time constraint.

The Potential is then for this delivery system of Terlipressin to then be expanded around the world with this patent pending Pre-Dosed syringe methodology replacing the current worldwide standard of care for these Liver patients.

Target 25 in 2021 on the low end, as high as 50 or more depending on activity, trial initiations, acquisitions etc. 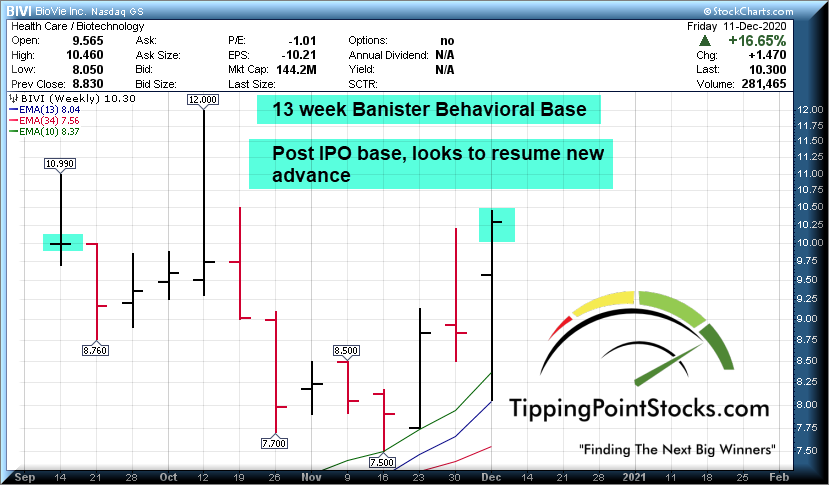